These are just a few of the traits that embody our global leadership team.
; 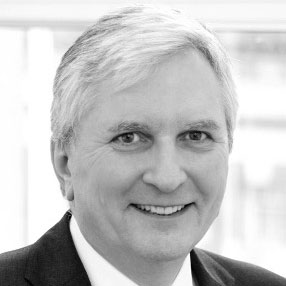 Andrew joined Infosys Consulting in 2019 and has transformed the European business into a high-performance entity with double digit revenue growth and industry-leading profitability. Andrew has significantly influenced the culture of the firm, creating an organization where people have a strong sense of pride and belief in the company and where top talent aspires to work.

Following his degree in electrical engineering from Imperial College London, Andrew has had a very successful and diverse background in consulting, having served in MD or CEO roles for several technology and services companies. A dual citizen of the UK and the USA, Andrew has lived and worked in both Europe and North America and built high-performing teams across a range of sectors over the last 25 years. As a partner for AT Kearny, he helped start up the firm’s IT strategy practice and several new service offerings. He also built and co-founded a large professional services business that was subsequently acquired in 2007 by Capgemini.

Since joining Infosys, Andrew has become a significant influencer in the industry and among clients for his thought leadership and innovative mindset. Under his leadership, the firm has relaunched several cutting-edge new service offerings, elevated its brand, and repositioned itself as a formidable leader in the market.

His insights are regularly featured in top business publications, and he is a frequent and sought-after speaker at industry and client events. Due to his latest achievements, he was recognized as a Global Leader in Consulting for 2022 by Consulting Magazine, one of the top industry bodies representing the space.

Andrew is a visionary and inspirational leader who has made a stellar contribution to Infosys, and whose influence extends beyond the company to the entire consulting industry. 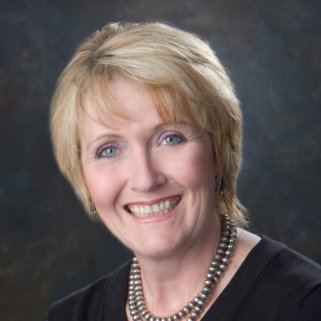 Holly leads our North America business, helping our world-class consulting organization to expand its footprint and bring to market cutting-edge new services and capabilities for our clients. Having helped lead the business to historic growth over the past several years as the leader of our Talent and Organization practice and the chairwomen of our firm’s Diversity, Equity and Inclusion committee, she is leading our next evolution as a firm and helping Infosys to have a strategic consulting-led focus in the market. Holly is also a passionate builder of winning teams and is deeply inspired to inject a people-led approach to our clients’ technology transformation journeys.

Over the course of her career, she’s applied her interactions with some of the world’s leading corporations – and their workforces – to form fresh and intriguing insights on education and skills. With nearly 30 years of consulting experience, she is inspired to help our own workforce grow and evolve, and to become the most diverse and innovative team in the market. She continues to be fueled by the many clients she has worked with to help them deal with people and organizational implications of the agile enterprise and changing business models in today’s new digital economy.

Holly is a steering committee member of the Global Future Council System Initiative on education, gender and work at the World Economic Forum, is a regular contributor to our thought leadership ecosystem and often profiled in industry publications. She has an M.A. degree in geological and earth sciences from the University of Texas. 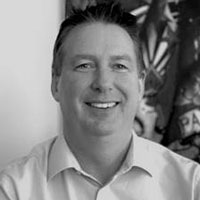 Paul leads our thriving Europe business which possesses a team of some of the brightest consultants in management consulting. Having achieved record growth and profitability, Europe is a leading engine for the firm’s consulting capabilities under Paul’s stewardship. He is a consulting veteran with 25 years of experience leading large-scale technology-enabled transformations, with deep expertise in the consumer goods, retail and logistics sectors. Having most recently led our practice in this space to double-digit growth since his arrival, Paul has a strong track record of building winning teams and launching cutting-edge new service offerings that help clients achieve competitive advantage in their markets.

He’s a key leader of a number of firm building initiatives, is passionate about developing our next-generation talents, and is always pushing the boundaries of what’s possible for our clients in their strategy and technology innovation journeys. Before joining Infosys, Paul was a partner at Accenture, where he doubled their consumer goods practice to $300 million in revenues and over 300 consultants. During his career there, he was responsible for curating C-suite relationships for a diverse portfolio of blue chip clients with brands like DHL, FedEx, IAG, Intercontinental Hotels, Sea Containers, Intertek, BAT and Dyson and has led complex projects ranging from across Europe to Singapore and the Middle East. Paul graduated from the Queen’s University Belfast with a masters in chemical engineering. 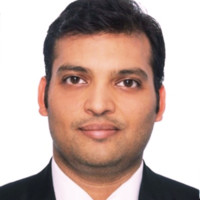 Anmol is the leader of our fast-growing team across the Asia-Pacific region, one that has achieved record performance over the past years. He runs a highly-diverse group of management consultants that cover a range of markets from Australia and New Zealand to Singapore, China and Malaysia. He also plays a key leadership role in broadening the Infosys go-to-market agenda for the region. He is a passionate builder of teams can thrive at the intersect of strategy and technology, and works relentlessly to help clients to steer an innovation agenda to win market share and achieve competitive advantage.

As part of Infosys Consulting for nearly 8 years, he most recently led our CIO Advisory practice for the region with a strong expertise in the financial services sector, where he helped launch a number of new advisory offerings to help today’s digital technology leader. During his career with us he has made tremendous contributions in shaping our offerings around cloud and for our wealth management portfolio, and had steered some of our largest global accounts in the region. He previously worked with sister company Infosys Finacle, and prior to that was in senior leadership roles with Capgemini and Accenture. On the side he is a passionate business mentor, serving as a pro bono advisor to a number of start-ups. 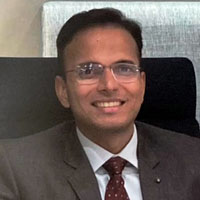 Ajay has spent more than 16 years with Infosys across his career and brings a wealth of institutional knowledge to his role of Chief Financial Officer for Infosys Consulting. He has an impressive track record of experience, including roles as Head of Finance Australia, New Zealand and Japan branches, Head of Finance Latin America, as well as key roles in the firm’s JV and acquisition process.

Ajay is adept at formulating budgets, implementing systems and procedures, conducting ageing analysis, and preparing key reports to exercise financial control and enhance the efficiency of organizations. He has expertise in controlling financial accounting, banking, cost and tax audits, direct taxation matters and ensuring compliance with legal requirements. Ajay possesses strong planning and relationship management skills which have enabled him to drive success across global markets.