New Driving Experiences Are Coming To Your Car 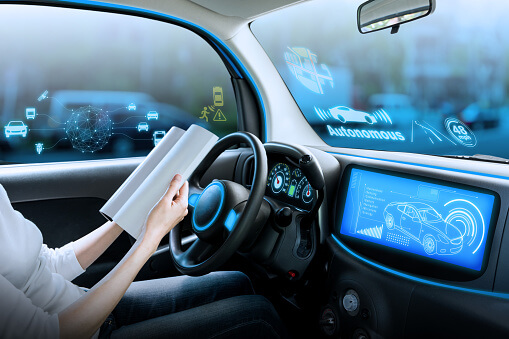 Few things are more personal than the car we buy and the way we drive it.  For many people, other than their home, it’s their most expensive purchase.  And the brand and model we choose says a great deal about our sense of style, our values and the way we want to be perceived.

Self-Driving Cars: Have They Arrived?

Over the past several months, articles on the arrival of self-driving cars have been plentiful.  We all now understand, at some level, that cars will someday be able to drive without human intervention.  And that this development, though unwelcome by some, will supposedly make us safer and more efficient.

Despite general agreement that self-driving cars are coming, there seems to be disagreement around just when it will happen.  Some argue it has already arrived and that their children won’t need to pass a driving test.  Others counter that it’s an over-hyped concept that will take decades to play out.

To get an accurate assessment, Car and Driver recently staged an “AI contest” between models from BMW, Inifiniti, Mercedes and Tesla.  Their verdict: while AI-enabled features such as automated cruise control and parking assistance are ready for prime time – and are now being broadly distributed – more advanced features like lane control (i.e. staying in your own lane over an extended stretch) still require manual intervention.

Consistent with these conclusions, Uber’s ongoing experiment with a self-driving fleet in Pittsburgh (USA) tells a similar story.  Since launching the initiative last September, the driving record of Uber’s self-driving fleet has been remarkably good: no injuries and no major accidents. But according to a recent Recode article, over the 20,543 miles Uber’s cars have covered, they had to be taken over by a human sitting in the driver’s seat every 0.8 miles.  In other words, on average, the cars have needed help every mile of the way.

Looking to the immediate future, Daimler (Mercedes) just announced a partnership with Nvidia to bring an AI car to market “within the next 12 months”.  Nvidia, a graphics processing company founded in 1993 that had previously announced a partnership with Baidu to build a cloud-to-car autonomous car platform for the Chinese market, has been developing a proprietary AI system called “Co-Pilot” that combines facial recognition and gaze tracking to introduce incremental safety innovations while we wait for fully autonomous vehicles.  While detailed specs have yet to be announced for the new Mercedes, a likely guess is that the new vehicle will translate visual input from drivers – such as flickering eyelids preceding a driver falling asleep — into proactive safety measures.  In other words, AI-enhanced driving, but not autonomous driving.

Considering these findings in aggregate, the arrival of self-driving vehicles does not look like it will be binary.  We won’t simply go from a world where we drive to a world where computers take over.  Instead, AI features will continuously evolve the driving experience, making us incrementally safer while taking a progressively larger role in vehicle operation.

As AI continues to play a larger role in the automobile sector, car companies have realized that to retain control of their vehicles’ core IP, they need to build proprietary software ecosystems and make build/buy/partner decisions on different technology features. Conceding that “build” is outside most car companies’ historic DNA, they have sensibly turned to acquisitions, partnerships and academia: 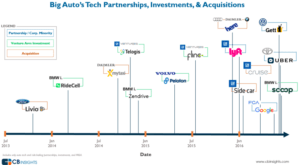 Moving forward, it remains open to debate if the future will be comprised of ‘car companies partnering with software companies for technology’ or ‘software companies partnering with car companies for physical parts’.  Google parent Alphabet recently spun out Waymo, an autonomous car company, and Apple, which is rumored to be working with car manufacturer Magna, recently considered buying a stake in McLaren as it moves forward with plans to build its own vehicle.  Providing a potential third avenue, ride-sharing firms like Uber and Lyft would love nothing more than to sell full-service transportation packages that leave vehicle manufacturing and purchasing decisions in their hands, not the consumers.

Regardless of which set of companies ultimately comes out on top, what is clear is that the soul of cars the past century – internal combustion engines surrounded by offline physical parts – is rapidly being replaced by cloud-connected vehicles covered with ubiquitous sensors that are fully reliant on software.  Indeed, tomorrow’s “car guys” will likely hold computer science degrees.

Your Car as a Trusted Friend

Beyond the actual driving experience, AI is also re-shaping the experience of occupants during a car’s journey.  As technology has continued to make strong inroads with Natural Language Understanding (i.e. programs can have a conversation with you), it is enabling vehicles to have ongoing, personalized spoken conversations with car occupants.  These Siri-like assistants, which remember and learn from every interaction, have access to both your detailed driving history as well as the broader web.  This data enables programs to respond to queries of “Let’s grab a cup of coffee on the way to work” with active guidance to your favorite coffee shop and, where applicable, automated pre-ordering so your double non-fat latte with an extra shot of caramel is being poured into a cup as you walk through the door.

It also allows cars to leverage big data to aid the huge number of decisions we make while driving.  Some of these will be relatively straightforward, such as taking us to the gas station with the best prices along our route.  Others will be incredibly personalized, such as choosing the “right” restaurant for us when as we drive into Dallas for the first time, a decision made with knowledge of our full dining history, our preferences and the type of occasion we’re looking for that evening.

This type of personalized contextualization will enable you to act like a local in places you’ve never been.  And, of crucial importance to car companies, these services will produce a long-term, trusted relationship with your AI-powered car.  When tomorrow’s drivers consider switching car brands — a decision that today that is primarily driven by the emotional attachment customers have with brands – they will need to ask themselves if they want to start a new relationship with an in-car assistant.  It’s feasible that intermediaries will enable a drivers’ personalized data history to be exported, but will drivers be willing to swap the long-term relationships they’ve built with their Volkswagen OS for a new one with Subaru?

Interestingly, Honda is currently collaborating with Softbank to make use of the “emotion engine”, an artificial intelligence (AI) technology developed by SoftBank-owned Cocoro SB for mobility applications.  The goal of this project is to use in-car sensors to perceive drivers’ emotions and to engage in a dialogue in a way that “enables drivers to experience the feeling that the [car] has become a good partner and thus form a stronger emotional attachment toward it”.

As the automotive industry continues to navigate the transition to spark plugs to cloud-connected sensors, they need to redefine how they think about the relationship customers have with their vehicles.  What was once anchored around vehicle handling, safety and image is now expanding to include a complex emotional relationship underpinned by software.  The companies that win will think of their products in terms of a holistic operating system and will consider the sets of problems they can solve for the passengers.

This AI-powered operating system will contain a mash-up of internal software programs and partnerships with external vendors.  The resulting mix — from a technology and partnerships perspective — will determine how the next generation of spoils are distributed. 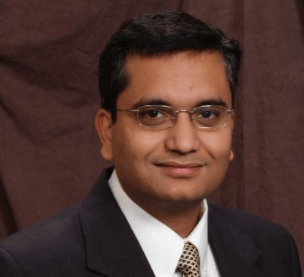 Kishor is a managing partner at Infosys Consulting, based out of our Plano, Texas hub. He focuses on driving operational effectiveness in organizations through digital transformation and automation. He is an industry expert in design thinking and innovation and has spoken at a number of client and industry conferences on the subject. He has also published several articles in leading journals.