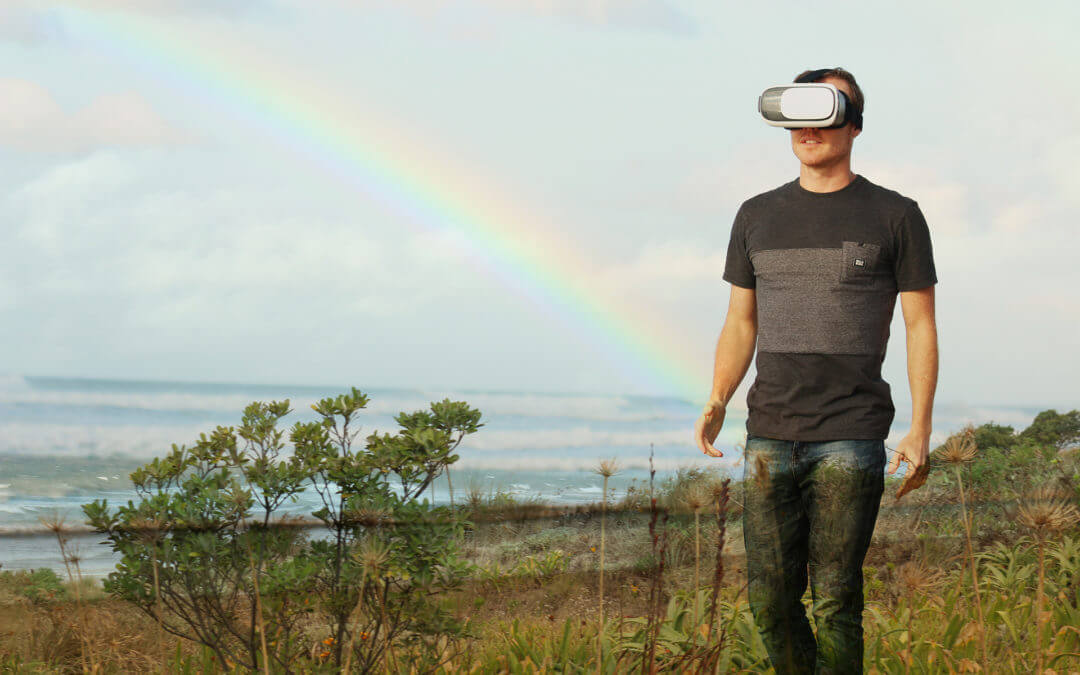 How the media & entertainment space is being radically transformed by the next generation of augmented and virtual reality concepts.

At the end of the last millennium, management guru Clayton Christensen introduced the term “disruptive innovation”, or innovations that create new markets by disrupting an existing ones and displacing established firms – resulting in signiﬁcant societal impact.

The proliferation of digital technologies post-millennium has evolved from“disruptive innovation” into “digital disruption”. In fact, the word has become such a commonplace in modern management parlance, that 21st century Dante has a tenth circle of Inferno – ‘Cretinism’, reserved for CEOs who do not have a digital disruption strategy.

An industry constantly at the forefront of these powerful shifts is the media and entertainment sector, as firms in this space have been using technology to “dis-intermediate” the supply chain since the beginning of time.

The application of augmented reality (AR) and virtual reality (VR) is now changing this paradigm once again, as real-world environments are being supplemented by computer-generated sensory inputs like sound, video, graphics and GPS data.

In the concept of augmented reality, an individual maintains a connection with the real world while a computer interlays virtual information to the user’s sensory perceptions. The technology is thought to have existed in the military as far back as the 1960s, but it wasn’t until the 1990s that virtual reality really began to gain traction, led largely by the gaming industry.

Many “see-through” AR devices like head Microsoft ‘Hololens’ or optical head mount displays like ‘Google glass’ are rapidly becoming mainstream.  These products overlay data like graphics, text and video on the user’s view of his or her surroundings. AR has been used effectively in public relations and marketing initiatives for motion pictures, TV and other promotional campaigns.

While AR has immense applications in data intensive fields like education, medical and disaster management, gamers were the first to really exploit its full potential in the entertainment space. The best example of recent mass success is last year’s global phenomenon Pokemon Go.

Virtual reality helps users break down the fourth wall in real life. VR users get immersed in a three-dimensional interactive space, created with the help of interactive software with a screen or gloves fitted with sensors. With VR, the real world is completely blocked and the user is immersed in a computer-created “virtual” interactive experience.

Being pioneers, gamers have already adopted VR as a technology. Owlchemy aLabs’ announced last month that their VR game ‘Job Simulator’ has cleared $3 million in sales last year and another gaming company Survios’ VR game ‘Raw Data’ crossed more than $1 million per month in paid downloads in its first month.

In the past year, significant investments in VR software took off.  For example, Verizon’s AOL purchased startup RYOT to bring VR news to its Huffington Post property.  Or, mixed reality start-up Magic Leap added $800 million in 2016 “C” round led by Alibaba, taking the company’s valuation to $4.5 billion. We can see that this segment of the tech industry is moving fast to bring concepts to consumers that have viable economics and scalability potential!

Augmented and virtual reality is the latest major platform shift we are seeing before our eyes (after the PC, web and mobile). Like these previous shifts, the initial focus and investments often go into the hardware and platforms. Media companies have realized the potential behind this and are backing start-ups by the dozens.

Traditional media giants lost the race to the Over-the-Top (OTT) companies like Google and Facebook during the last major platform shift, as they held on to the traditional business models of monetization, while new competitors radically disrupted the industry (i.e., Netflix).  The potential for yet undiscovered new business models and revenue streams remains a great white board. Companies that can crack the code here will be positioned for market dominance as this platform shift matures in the years ahead.

What to consider with an AR/VR approach.

In an industry already at the forefront of digital innovation, gaining a competitive advantage is no easy task. For organizations looking to explore how augmented and virtual realities can be leveraged, our team of experts recommend the follow basic approach:

With these technologies nearing an early inflection point, the time is now to act if your firm is looking to gain a competitive advantage in a burgeoning marketplace. 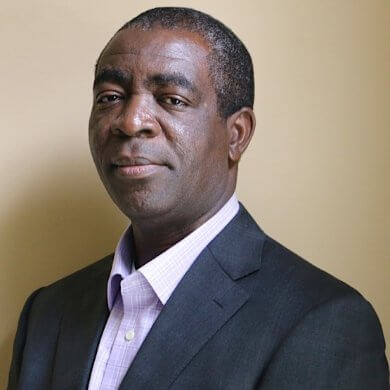 Olu is a partner and co-founder of the global communications, media and entertainment practice for Infosys Consulting. Over the past 20 years he has advised senior industry executives on new business launch and digital transformation, focusing on launching digital products, digitization of customer interactions and enabling organizational agility. He has worked with clients in the US and Europe spanning from Fortune 100 and Global 2000 companies to start-ups. Olu has helped his clients to successfully design and launch new businesses including a mobile payments company, two wireless service providers and two competitive local exchange companies.