The Age of Artificial Intelligence Part 2 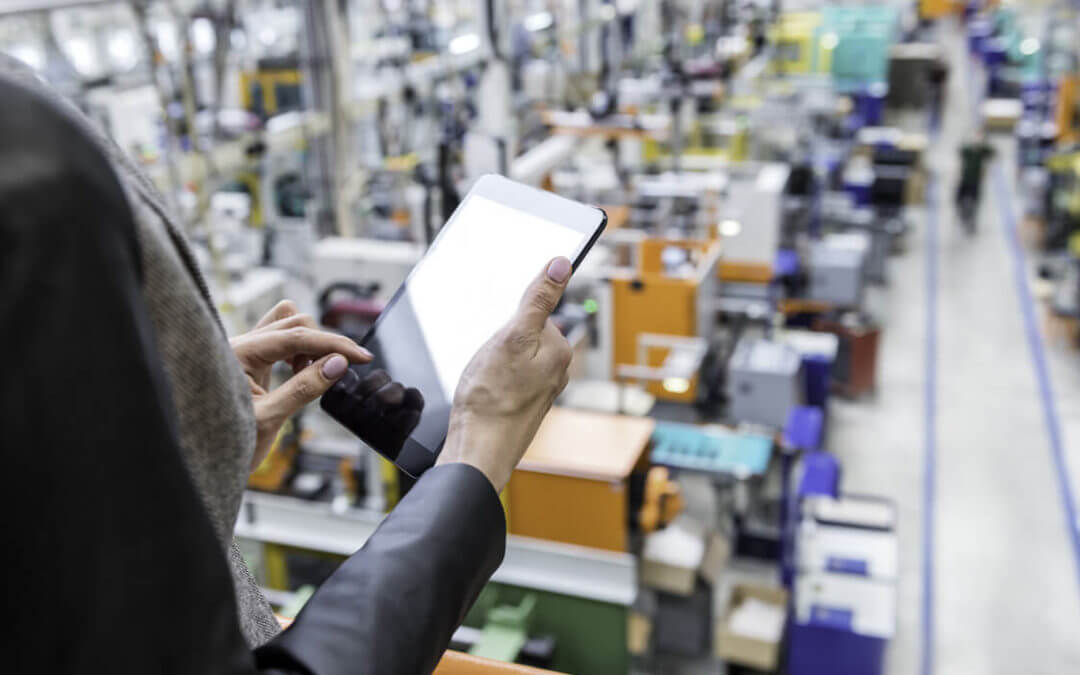 In part one of this blog, we reviewed how artificial intelligence (AI) is shifting customer expectations through personalized experiences, especially in industries like retail, finance and travel, and how it is actively helping enterprises work with unstructured data. Part II of this blog post looks at the increasing adoption of AI and the need to stay competitive in a fierce business environment.

How will AI transform the way businesses are run?

This is a question that is on the minds of many decision-makers, and they can expect their operations to be impacted in three important ways due to AI, namely, in automation of tasks, creation of more efficient systems, and increase in proactive decision-making.

Much has been written about the adoption of robotics to automate repetitive tasks. We have, for example, observed the rise of tools such as optical character recognition (OCR), which successfully navigated the journey from cutting-edge technology to 21st century table stakes.

But as we move into an epoch where AI is embedded into technology infrastructure, robotics is able to access the core application data required to travel beyond low-level, repetitive tasks into the realm of high-value, sophisticated tasks.

This shift can be observed through the development of models. Historically, this has been the domain of highly paid quants. Each week, these math czars would sift through sets of data, identify disparate elements with the promise of correlation and build models to explain their relationships. These models would then be plugged into algorithms, which would power things like trading strategies for hedge funds.

But in a world where machine learning meets big data, the task of creating models is shifting to software that is guided by engineers to identify meaningful business correlations that unlock valuable competitive insights. A process that used to generate two models per quant per week now generates thousands of models each day.

The benefits of these efforts are now appearing across several industries. As an example, Google has built an entire health care division within DeepMind, which is effectively bridging the gap between the two massive data sets of medical literature and an individual’s human genome in a way no human could.

Taking it one step further, tech giants like Facebook are now building AI that builds AI. Essentially, because AI is hard and there is a dearth of people who do it well, programs are being built that can generate AI algorithms in alternate environments. This technology could enable companies that can’t hire their own AI developers to generate native AI programs for their businesses.

Cybersecurity has rapidly shifted from an afterthought to a top CIO priority in a few short years. Much is made of this threat from external hackers, and for good reason, but according to Fortune magazine, “27% of electronic attacks on organizations – public and private – come from within.”

The tricky part about internal breaches is that it’s traditionally been hard for companies to proactively identify employees at the greatest risk of committing breaches.

A new software program, Scout, which was developed by cybersecurity firm Stroz Friedberg, is now leveraging AI to change that. By leveraging Scout’s algorithms, companies can “autonomously detect risk indicators in employee communications, enabling companies to detect, assess, and respond to threats before they cause harm to the organization, its assets, or its people.”

Scout also scans large bodies of text to identify unnaturally high concentrations of unconscious, negative sentiments – such as feelings of victimization – by specific employees. The program can then generate an actual list of the 10 employees at any given time who are most at risk of committing a breach.

This doesn’t mean a company needs to mimic Minority Report and penalize workers for breaches they are likely to commit in the future. Instead, it enables firms to address disgruntled workers before negative feelings escalate into an actual breach, which is ultimately a much more efficient, inexpensive and humane outcome.

Dating firm eHarmony, which has spent an inordinate amount of time evaluating interpersonal compatibility, saw the similarity between choosing the right person in a professional setting as romantic and realized their AI algorithms could help.

As Dan Erickson of eHarmony recently told Christopher Steiner of Forbes, “We are not allowing the HR department or C-suite to just say what the culture is – we’re using current employees to get a real reading.”

To accomplish this, eHarmony gives personality tests to a wide group of a company’s employees. They then aggregate the data into a true company culture, which is evaluated against potential applicants’ readings. The end result is ever-improving employee fit, which leads to happier offices and more productive employees.

How should a company respond to AI, and what will the implications be if they fail?

The explosion of structured data from the Internet of Things and the cataloguing of web data is providing AI the fuel it needs to create ever more sophisticated algorithms. As the volume of this data continues to accelerate, so will the power and reach of AI.

When evaluating how a company should respond to the changes being ushered in by AI, start with your customers.

Ask yourself what the implicit assumptions are that drive engagement with your customers? How would that engagement change if your company knew more about them and were able to effectively predict what their needs were before they realized it themselves? These answers will illuminate where forces of AI will push your particular industry. From there, develop a strategy to evolve your offerings and accommodate customer expectations.

When considering AI’s impact on customers, companies need to redirect their focus internally. Identify the knowledge tasks with rates of production limited by the uniqueness of their offering. These activities – which conventional wisdom traditionally argued were beyond the reach of outsourcing or automation – are precisely the things next generation AI is targeting.

Paradoxically, this elimination of human activities may be a good thing for those affected. According to a 2015 Gallup Workforce Survey, only 32% of the U.S. workforce is considered engaged. The majority (50.8%) of employees were “not engaged,” while another 17.2% were “actively disengaged”, which suggests that today the biggest waste in an enterprise relates to human potential – raising the question of using AI to redesign work for top enterprise roles to amplify engagement, performance and innovation (and automate more routine, task-oriented roles.)

After looking at their workforce, organizations need to examine the way they consume resources, placing particular focus on the largest areas of spend. Are these consumption cycles fully optimized? If these line items could be reduced by 5%, what would that do to the overall company performance?

If the competition gets there first, a company will be stuck with inferior margins while fighting to retain customers. But if AI can be leveraged to transform the way business operates, a company can generate an enduring cost advantage while concurrently increasing customer responsiveness.

While pondering on the way forward, it’s instructive to remember Victor Hugo’s prescient words, “You can resist an invading army; you cannot resist an idea whose time has come.” The age of AI is here. It’s up to companies to leverage it as a tool for a better world and superior company performance. 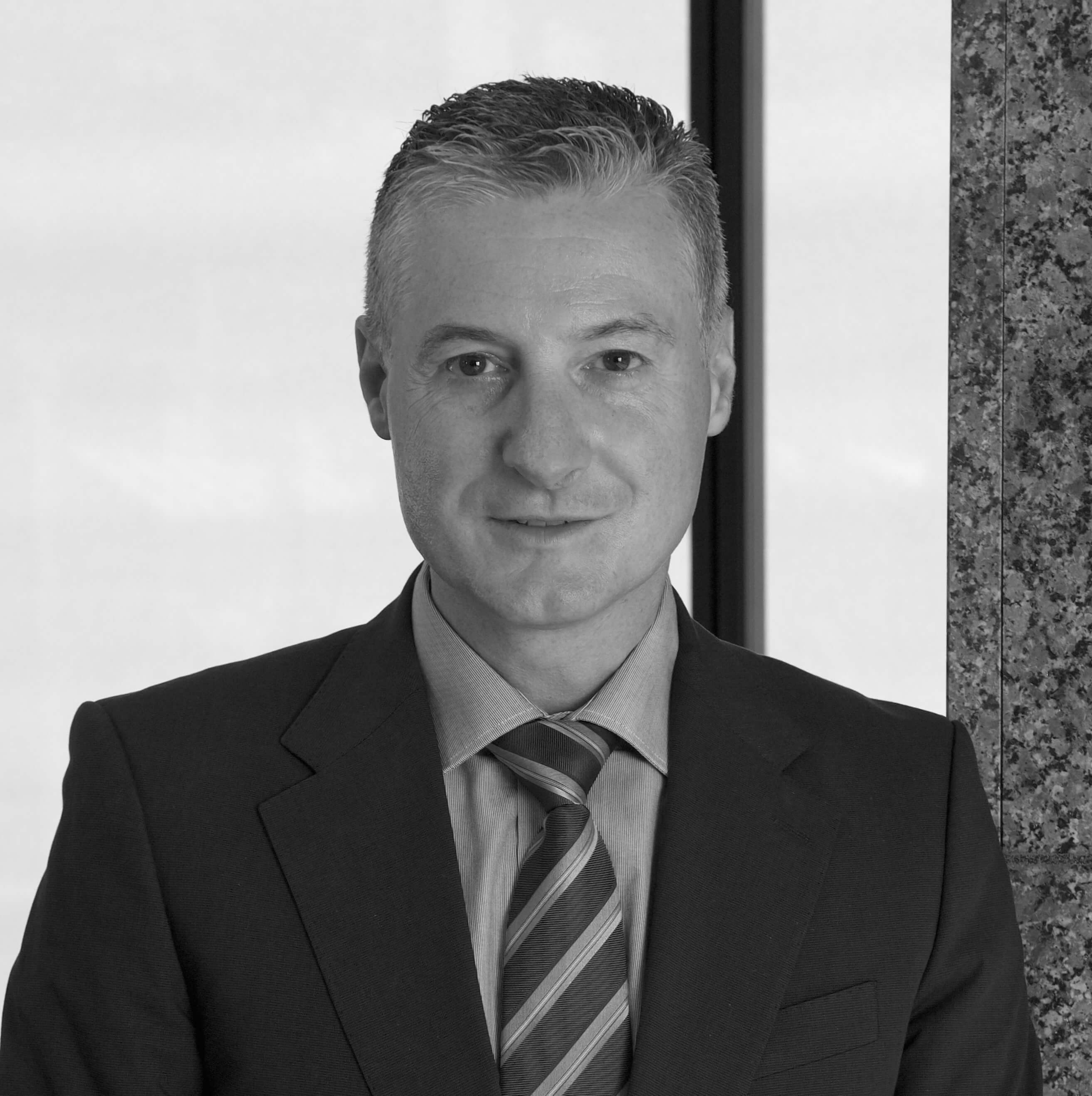 Roberto leads the organization’s Europe manufacturing segment and manages its Switzerland country operations. He is an expert on transforming companies in the areas of supply chain, operations and digital, and has extensive experience setting up global delivery centers with multi-national teams around the globe. Roberto works with business leaders across some of the biggest brands in Europe, and is bringing new ways of approaching artificial intelligence enablers to organizations. He has an advanced degree in engineering from the Swiss Federal Institute of Technology and is fluent in 4 languages.